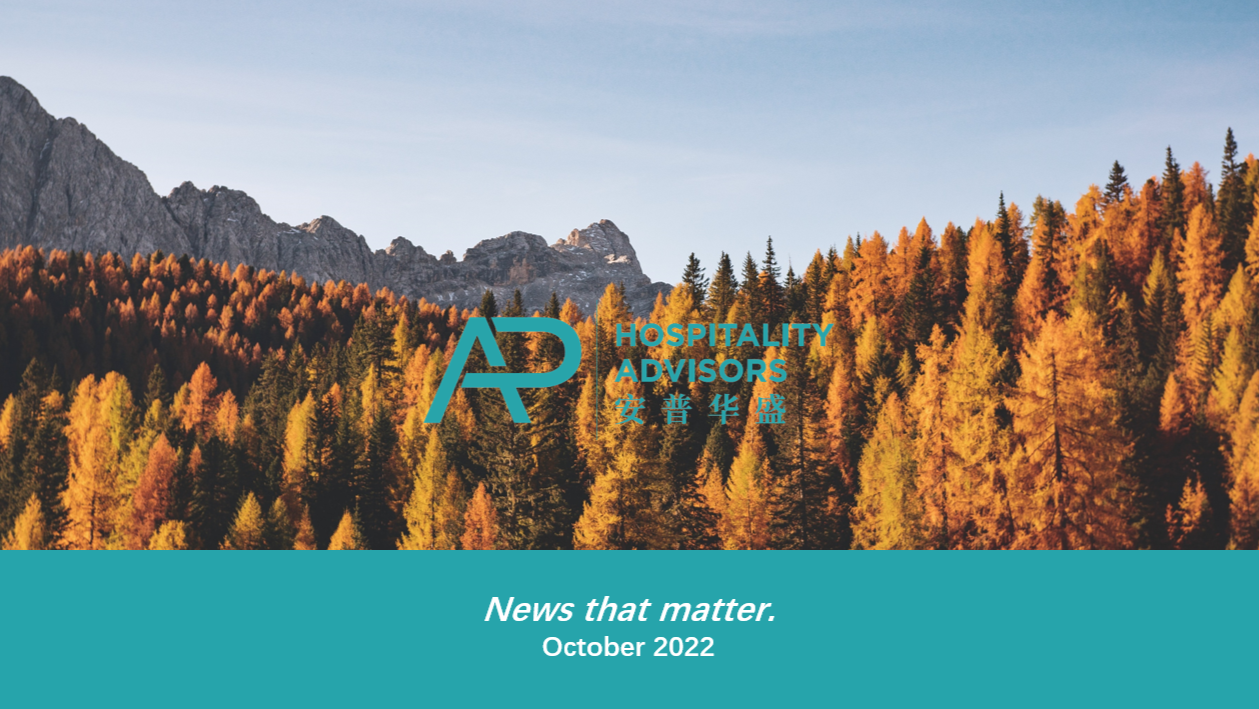 Follwoing the previous AP article about Thailand, the latest articile, Singapore Dispatch - woes of a recovery, presents the update of the hotel market in Singapore after its reopening. While we see the rate is surging during F1 earlier this month, there is more to understand behind the recovery in Singapore. Click here for the full article.

Hong Kong-listed OCT Asia is seeking buyers of its subsidiary owning the Bvlgari Residences Shanghai. The seller plans to sell its 51% share for no less than RMB 588 million to generate cash inflow to increase liquidity. The subsidiary currently owns 133 units of the residence and land tenure. Opened in 2017, the property is located on the north bank of Suzhou Creek in Jing'an District, just 3 walk away from the iconic Bund.

On top of the reopening of Hong Kong SAR, more countries and regions announced plans to reopen its border.

On the other hand, the mandatory quarantine in China and Macau SAR still remains for most inbound travellers, and there are no plans to relax the measurements announced.