A potential recovery in China outbound travel demand OR what’s in store for 2022? 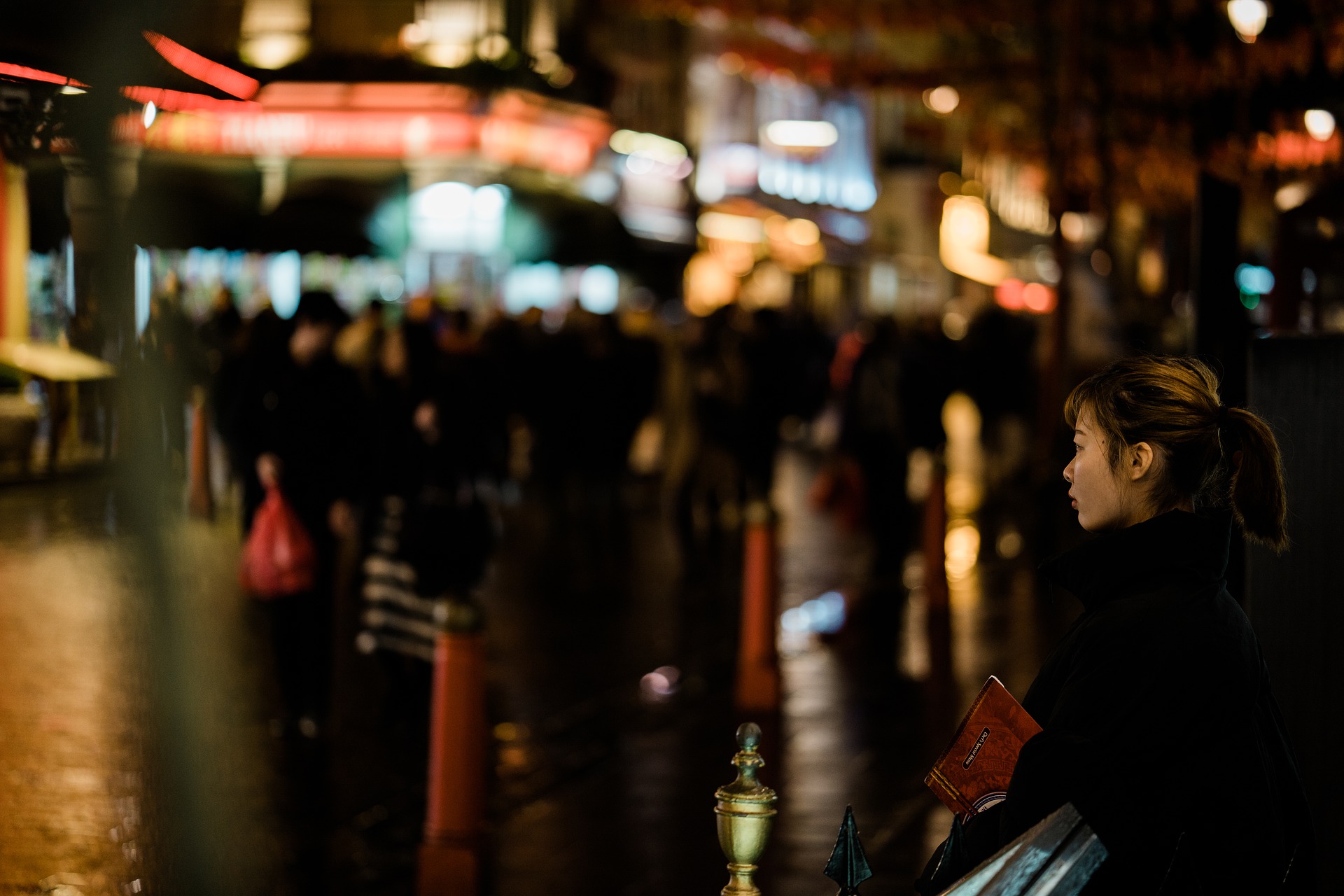 2022 could be a promising year in terms of tourism as borders gradually reopen and quarantine requirements become less strict. Several countries in Asia-Pacific already announced quarantine free travel for vaccinated visitors from specific points of origin. We can expect this trend to accelerate and become more pervasive. That doesn’t mean that there won’t be any bumps on the road – new strains, localized spikes in infections on the one side and infrastructure capacity constraints and bottlenecks on the other provide plenty of challenges along the long road of recovery the region is embarking on.

In this article, we focus on potential scenarios for mainland Chinese outbound travel for 2022. We address several key issues before providing projections for five destinations in the region that are likely among the first to benefit from an opening of borders. As it stands, China continues to pursue a zero-tolerance policy, enforcing strict lockdowns and mass-testing in areas affected by outbreaks of COVID-19. Any future domestic outbreaks jeopardize a timeline for reopening. Certainly, the current high level of its fully vaccinated population(75%) is not sufficient to warrant an easing of quarantine restrictions. Notably, the vaccines used were of the ‘traditional’ type, using inactivated viruses as compared to the widely adopted, and reportedly more effective, mRNA types. While Fosun, a major Chinese holding conglomerate, has formed a joint-venture with the German mRNA-vaccine maker BionTech to produce such a type of vaccine, the process has been slow. Rumor has it that fully domestic developed mRNA-vaccines are viewed as more desirable and an approval for Fosun will not be prior the launch of a local alternative. Even once approved, mRNA vaccines would need to be produced and administered at a tremendous scale of 1.2 billion(assuming a booster short alone will do) – a process which could be further prolonged should two shots be needed. Notably, the vaccine rollout to the current 75%-level took approximately six months. Should the type of vaccine be a significant factor in regulating quarantine requirements, then a reasonable timeline for an easing would not be before the third quarter.

Needless to say, 2022 will be an eventful year - certainly in Beijing. February 4-20 of next year will be the first time for the city to host the Winter Olympic Games. After hosting the Summer Olympic Games in 2008, Beijing will thus become the first city to have hosted both games. Based on current announcements and precedent from the Tokyo Summer Olympic Games, there is no doubt that a very strict protocol will be in place reflective of the ‘zero-tolerance policy’. Reportedly, athletes are to remain in a closed ‘loop’ and either be fully vaccinated or subject to 21 days of quarantine. Foreign spectators will not be able to attend.

Sports aside, the political calendar in Beijing will also be more busy than usual. The customary ‘Two Sessions’ consisting of the annual plenary sessions of the two organizations that make national-level political decisions: the National People's Congress (NPC) and the National Committee of the Chinese People's Political Consultative Conference (CPPCC). Already in 2021 the city enforced strict policies to ensure smooth ‘sessions’ and similar measures can be expected for 2022. Taking place merely days after the closing of the Winter Olympic Games, it is unlikely that quarantine restriction will be lifted in any meaningful way before then.

Another event, and possibly a more important one, will take place in October or November of 2022: the National Congress of the Chinese Communist Party. Held every five years, the congress marks the change in the most senior party leadership. In this congress the term for Chairman Xi will be extended for a third period of five years, something unprecedented since the days of Mao Zedong. Given the significance of events, any distraction is highly unwelcome, including from the pandemic. An easing of quarantine restrictions to risk an influx of virus cases is seemingly unlikely.

Clearly, the bigger picture has revealed several challenges preventing a rapid opening of China during 2022. One may need to distinguish between outbound leisure and business travel. During 2021, there have been pockets of outbound business travel. Under the maxim of dual circulation, a more introspective business community may well seek opportunities at home, for the time being, limiting demand from new overseas ventures. Companies with existing overseas activities may well continue to generate some demand, though at a small scale. Like inmost other places, leisure travelers face the bigger challenge contending with quarantine requirements given the limited number of days of holidays and unlikely scenario that all would be awarded in one go at the same time as for a spouse or significant other.

Throughout2021, across major cities in China, large-scale quarantine detention centers have been built, housing thousands of arrivals. The required ratio of 20 rooms for 10,000 residents implies the need for 25,000 rooms for Shenzhen alone (and more than 40,000 in Beijing!). Such a major undertaking would unlikely take place without a long-term perspective.

‘Fortress China’ may be preparing for multiple scenarios on the long road of opening to the world. Vaccinations and quarantine requirements are two distinct aspects that won’t go away anytime soon. Meanwhile, upcoming events in Beijing have the potential to delay or slow the pace of opening by several months.

What does that mean for outbound travel?

We do not expect a dramatic change from 2021 for the first quarter of 2022. The restrictions are not favorable to generate significant leisure demand unless for destinations with very easy access. Macau is the poster child which was able to welcome larger numbers of mainland travelers, including around 50% of same-day visitors. Hong Kong could be another benefactor of its proximity to the mainland. While the Hong Kong government tries hard to convince mainland authorities that local prevention measures are adequate, no timeline for any opening has surfaced. Notably, visitors coming from the mainland can enter the region without quarantine, though at least two weeks in a dedicated quarantine facility are required for individuals entering China.

The chart indicates monthly visitor arrivals from China to select destinations from January 2019 through August 2021. It is clear that only Macau was able to register significant levels of visitor arrivals starting in late 2020. The scarcity of land in Macau has led to a stronger integration with neighboring Zhuhai, necessitating a more permeable border. In an effort to reduce capital flight, applications for visitor permits have become more cumbersome and multi-entry permits more difficult to come by. Thus, the number of same-day visitors under the popular Individual Visitation Scheme (IVS) remain very low.

The other four destinations popular among Chinese travelers have fared considerably worse, seeing outbound demand come to a halt as of February 2020. A similar narrative should be evident among other destinations with potentially some exceptions where students had to cross borders.

Looking ahead to 2022, we prepared projections for Chinese outbound demand for the five destinations on a monthly basis. We indicate our base case and with upper and lower limits. These projections were prepared as of 27 October, based on the information available from public sources. Any changes to quarantine policies, lockdowns, new virus variants etc. will have an impact on these projections.

Building on its robust track record in 2021, Macau SAR is set to perform reasonably well in2022. In the base case we project 12.9 million visitor arrivals aided by the high level of integration with neighboring Zhuhai and relative ease of access from most of the mainland. The summer months and October holiday are two peak periods here, which helped to propel mainland visitor arrivals to 27.9 million in 2019. Macau will have to do more to control VIP gaming and reign in capital flight before seeing more liberalization on border movements.

The prospects for Hong Kong SAR are less promising for 2022. In our base case, we project 4.2 million visitor arrivals for 2022 compared to 43.7 million in 2019,which was already trending negatively then. While there is a potential for strong growth in the fourth quarter, the year may be off to a slow start. The upper limit of our projections would see 9.5 million visitor arrivals from mainland China, boosted by a large number of same day visitors provided that border crossings will be smooth (no testing and quarantine) as of July 2022.

Among the most popular overseas destinations for mainland Chinese, Thailand has committed to opening its borders for vaccinated foreign arrivals, quarantine free, as of November 2021. The challenge here is upon return to the mainland. Our base case projections see 1.3 million mainland Chinese visitor arrivals with steady growth in the fourth quarter. This compares to 11 million mainland visitor arrivals in 2019 providing a gloomy outlook for the important start of the year n Phuket.

Close relations between Phnom Penh and Beijing have resulted in a steady growth in visitor arrivals from mainland China to the Kingdom over the past decade while still on a relatively small base. As a result, we expect Cambodia to be among the destinations to quickly pick up pace in visitor arrival growth. The base case indicates 502,000 mainland visitor arrivals compared to 2.3 million in2019.

Singapore is a popular destination and had capped the number of mainland visitors in the past, recording 3.6 million in 2019. While the city state is progressive in its opening up to the world, the local policies are directly opposed to the zero-tolerance policy in China. Our base case projections of 464,000 mainland visitor arrivals foregoes the strong summer travel season, thus trailing the upper end of our projections at 839,000.

The above table summarizes our projections for 2022 while indicating 2019 historical data. No doubt 2022 will be another challenging year, hoteliers across most parts of Asia and the world will likely have to be patient until the fourth quarter or even into 2023 before significant numbers of mainland China visitors can be welcomed once again. Based on the current trend in government policies, overseas hoteliers may gauge a similar pattern for Hong Kong visitor arrivals. 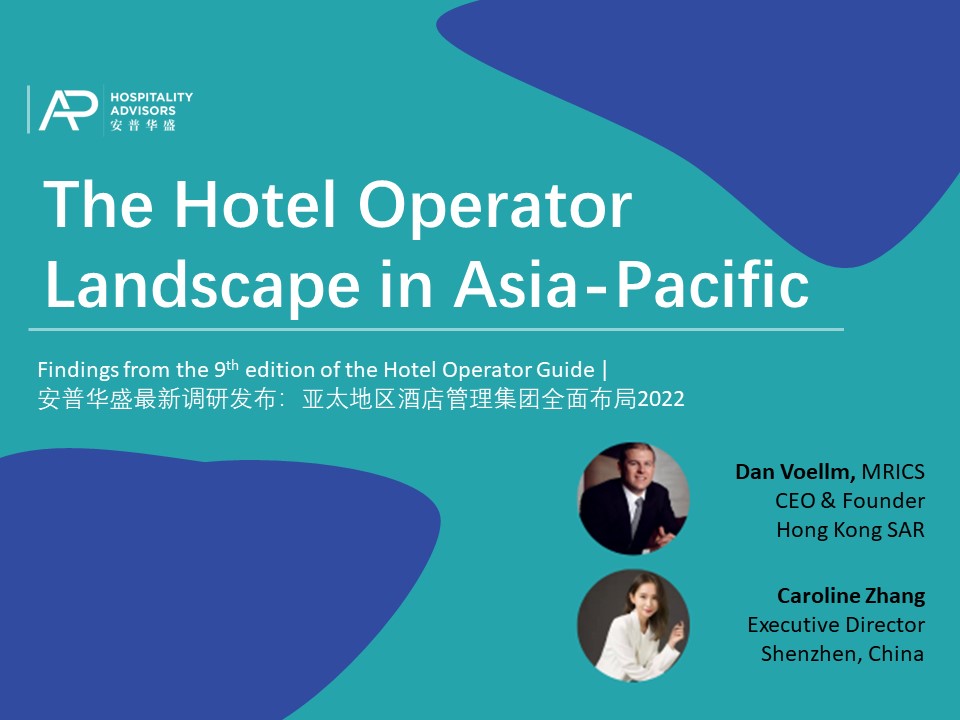 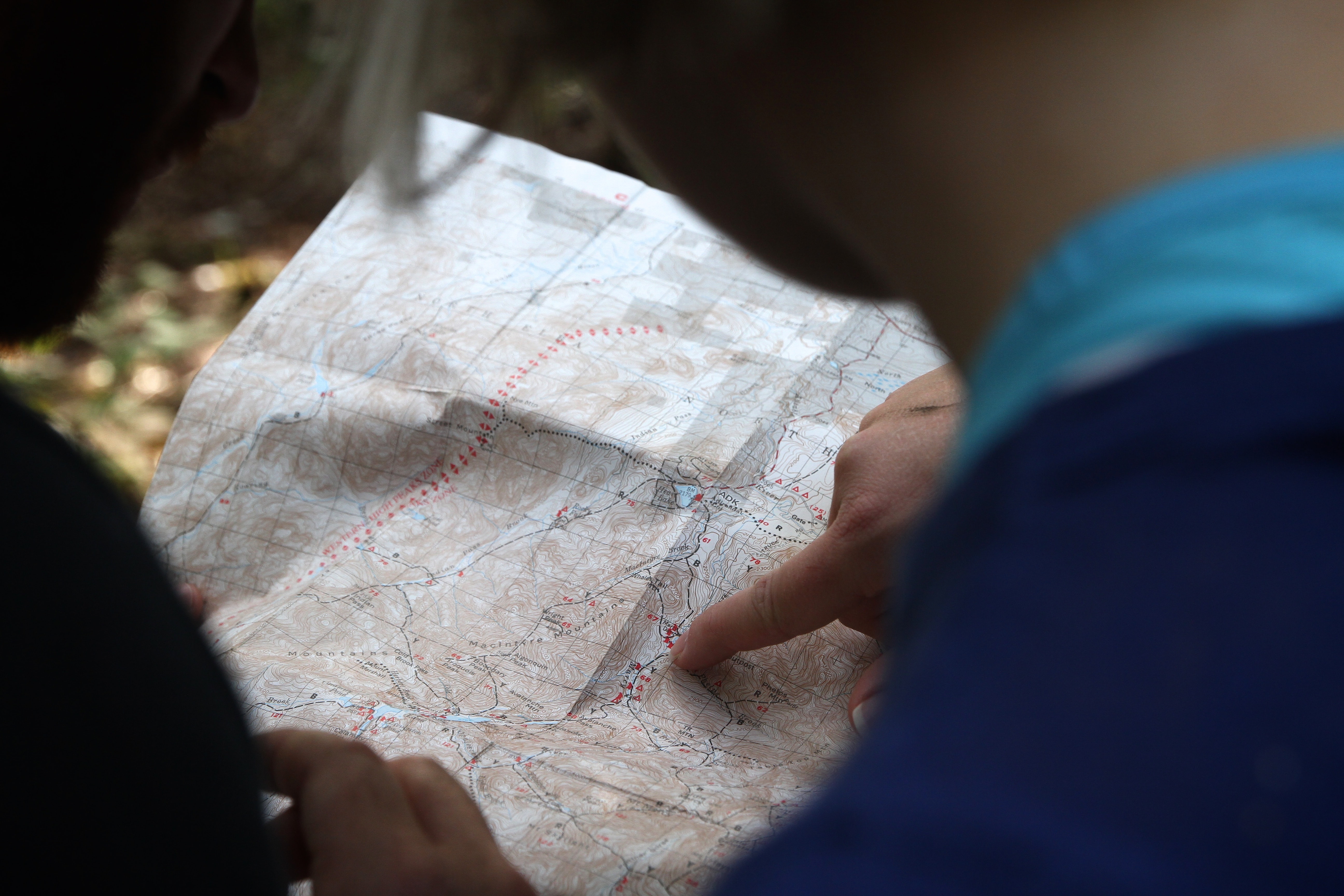